Home › Operations improvement › What Is “Reengineering”? 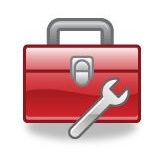 Reengineering—sometimes called business process reengineering, or BPR—originated in a 1990 article in the Harvard Business Review by former MIT professor Michael Hammer, who followed up in 1993 with the seminal book Reengineering the Corporation.

The Core of Reengineering

The core of reengineering is a change in organizational structure, in which people who were formerly organized by function (“functional silos”) are instead organized by process or product. That is, all the people who need to work together in a process or product report to the same manager, instead of separate functional managers.  There’s more to it than this, but this is the heart of reengineering.

The Problem with Traditional Organizational Structures

“Functional silos” are at odds with producing a great product quickly and efficiently.  For example, a new product may start out as an idea from Marketing, then Marketing “throws it over the wall” to R&D, which develops technologies to meet Marketing’s idea.  Then R&D throws it over the wall to Engineering, which designs the product.  Then Engineering throws it over the wall to Operations, which figures out how to make it.  Once in production, all the people who need to work together to make the product—line workers, technicians, manufacturing and equipment and industrial engineers—report to separate managers.  There’s not good flow and communication and coordination between all these different functions.  The product suffers.  Delays occur.  A lot of time and money must be expended just coordinating and communicating between departments, who are working on a variety of products and processes at once.

Definition of a Reengineered Organization

All the people who need to work together to produce a great product are in the same organization, receiving the same marching orders from the same boss, and are—ideally—in the same room.  How could this not lead to a smoother, faster product delivery that better satisfies the customer’s needs?

An Example of a Traditional Organization

These are classic functional silos.  All the people who needed to work together to perform the operation effectively and efficiently reported to a variety of different managers with a variety of different priorities, giving their people a variety of different marching orders.  For this reason, problems were very difficult to resolve.  It would be hard to get people to attend improvement meetings because they were more beholden to their bosses and their functions than to a particular operation.  If people were not doing their jobs, one had to go up to their functional managers to try to get it resolved.  The functional manager was often lackadaisical about resolving the problem because this was just one area out of a whole factory that his functional group covered.

An Example of a Reengineered Organization

In contrast, early in my career, I worked at the very successful company Applied Materials, which makes computer-chip-making equipment.  Applied had its manufacturing organized into work cells by process, such as Chamber Assembly, Gas-Panel Assembly, and Final Assembly.  In each of these work cells were assemblers, a manufacturing engineer, and a buyer/planner, all reporting to that cell’s work-cell manager—organized by process, rather than segregated by function.  In my work cell, we would have a weekly process-improvement meeting with all members present.  We would discuss problems and ideas for improvement, decide how to implement them, agree on action items, and boom-boom-boom it would all get done.  If we had been segregated by function, each attempted improvement would have dragged on for weeks or months if it got done at all.  During my work at Applied, the company moved from #7 in its industry to #1, due in part I think to its efficient work-cell-based manufacturing.

Archives of the weekly e-zine are below, in chronological order