Reengineering—sometimes called business process reengineering, or BPR—originated in a 1990 article in the Harvard Business Review by former MIT professor Michael Hammer, who followed up in 1993 with the seminal book Reengineering the Corporation.

The Core of Reengineering

The core of reengineering is a change in organizational structure, in which people who were formerly organized by function (“functional silos”) are instead organized by process or product. That is, all the people who need to work together in a process or product report to the same manager, instead of separate functional managers.  There’s more to it than this, but this is the heart of reengineering. END_OF_DOCUMENT_TOKEN_TO_BE_REPLACED

3 Rules for Getting the Most Out of Operations-Improvement Consultants 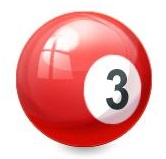 Consultants can be a panacea to a firm, bringing in:

•  Unbridled firepower, since they’re not beholden to the daily production grind

But bringing in a consultant, if done wrongly, can be disruptive—and even destructive—to a firm. END_OF_DOCUMENT_TOKEN_TO_BE_REPLACED

Tagged with: E-zine
Posted in The human factor

How “Overstaffing” at Bottleneck Machines Can Unleash Extra Capacity

TDK felt that it needed another $5 million machine to open up a capacity bottleneck until Bob Kotcher’s computer-simulation analysis showed that additional operators could accomplish the same thing for dramatically less money.  This was counterintuitive, since the operators already had significant slack capacity.  Bob presented this paper at the 2001 Winter Simulation Conference—the premier international conference for system simulation: http://informs-sim.org/wsc01papers/157.PDF

The simplest—and highest-profit-margin—modeling project that Simitar founder Bob Kotcher has ever done demonstrates the power of simulation modeling for operations improvement.

At a restaurant one day, my inner Seinfeld came out (we all have one—come on).

Since the Americans With Disabilities Act was passed in 1990, many restaurants had to remodel their restrooms to make them wheelchair accessible. This often required them to remove internal partitions that comprised the stalls. With privacy gone, they put locks on the restroom doors and made each restroom single-user. END_OF_DOCUMENT_TOKEN_TO_BE_REPLACED

Save Up to Millions of Dollars a Year in Capex: Use Dynamic Capacity Planning

Dynamic capacity planning incorporates the randomness and variability of the real world.  It shows you how to target your capital-equipment (capex) spending to attain throughput and cycle-time goals for millions of dollars less than with spreadsheets.

Dynamic capacity models account for the variability of the real world

In operations with variability, executives know that they cannot run them close to 100% loading because queue times become unacceptably high. They know to invest in surplus capacity—not to increase throughput, but to keep queue times in check.

What Level of Capacity Planning is Right for My Facility?

Capacity planning can range from literally back-of-the-envelope calculations to highly detailed computer models that require thousands of man-hours to build, interface with a company’s MES in real time, and even update and run themselves.  Where on this spectrum is the right place for you?   END_OF_DOCUMENT_TOKEN_TO_BE_REPLACED

Real-time simulation is a tool that takes into account the up-to-the-minute status of your factory and predicts what’s likely to happen in the coming hours, days, and weeks.

Knowing this, you can preempt problems such as WIP bubbles.  The result is:

It also enables you to set more realistic production goals for your managers each shift. END_OF_DOCUMENT_TOKEN_TO_BE_REPLACED

How Do I Choose Between Lean, Six Sigma, Theory of Constraints (TOC), and other Operations-Improvement Approaches?

Industrial Engineering is the optimization of systems of people and technology.  This can be as narrow as optimizing performance of a single machine, or as broad as optimizing performance of an entire company.  As with any field, over time, people have continually discovered better ways of doing things.  At certain points, authors and consultants—for better or worse—have coined new buzzwords for the current state of the art.  Over the last thirty years, some of these have been: Total Quality, JIT (Just-In-Time), World-Class Manufacturing, Lean, Reengineering, Six Sigma, TPS (Toyota Production System), and Theory of Constraints (TOC).  These are all just other names for…

The state of the art in industrial engineering

I can’t think of any aspect of the above philosophies that conflicts with any other.  Each iteration is just what came before it, combined with new findings.  So you don’t need to determine which to apply.  A competent industrial engineer will know all of them, and make use of all of their tools as appropriate.

How to Improve Factory Performance via Computer-Simulation Modeling

Unlike most other operations-improvement consultancies, Simitar is expert in computer-simulation modeling.