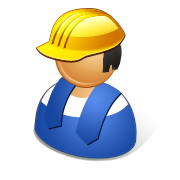 Using WWK’s Factory Explorer software, I built a Monte Carlo simulation model—that is, a model that emulates the random variability of the real world.  The model contained all pertinent production machines as well as the maintenance technicians responsible for keeping them running.  I modeled the machines’ demand for technician time in the form of scheduled preventive maintenance as well as random breakdowns.  Real-world historical breakdown data were used to ensure that the model’s machines broke down randomly but in accordance with their real-world probabilities.  Once a technician was available to respond to the breakdown, the time needed for repair was also random but in accordance with real-world probabilities.

I ran the model using the existing machine quantity but with different quantities of technicians.  I assumed that incoming inventory was always available (not a bad assumption since this was the first operation of the company’s production process).  After running each scenario multiple times, I added up the fixed component of the machine cost and the total cost of employment of the technicians.  I divided this number by the resulting average wafers out for that scenario.  This gave me the cost per wafer for this machine/technician ratio.  I ignored variable costs because by definition they are always the same per wafer.  So this analysis just looked at the machine-quantity and technician-quantity components of wafer cost.

I graphed the results, with cost per wafer on the vertical axis, and machine/technician ratio on the horizontal axis.  The analysis showed that the ratio that produced the lowest wafer cost was 3.5 machines per technician.  This was a higher number of machines per technician than the company was using.  The model showed that shifting to this ratio would actually increase wait-for-technician time by about five percentage points.  That is, the machines would spend about 5% more of their time idle than they did today, due to waiting for an available technician.  Doing something that increases machine idle time is anathema in manufacturing.  But the analysis showed that this would actually reduce the company’s cost per wafer.  At forecast volumes, savings would be $210,000 over three years.

The Tip of the Iceberg

This savings was from analyzing just one small area of a massive worldwide production operation.  What would be the savings if this sort of analytical method were used across the company?

Archives of the weekly e-zine are below, in chronological order